Looking for fun things to do in Kiev? Kiev is a city full of surprises. It’s not as flashy as Paris, or as romantic as Rome, but it is super quirky and packed full of weird things to do. Interesting history, art, culture and great food. Plus things to do in Kiev are cheap compared to Western Europe. You wouldn’t expect that the Ukraine, a country that spent so long under Soviet rule, would be so unique and free spirited. There are trendy bars and cafes in Kiev like Berlin. Big open parks similar to London. All of the unusual things to do in Kiev, much like Prague. But hardly any of the tourists of it’s Western Europe counterparts.

Table of Contents
1. Go golden dome spotting
2. Relax on the beach
3. Find a secret restaurant
4. Go mad on caffeine
5. Find an extremely niche museum
6. Climb on the shoulders of a huge metal lady
7. Visit a millionaires suburb occupied by the working class
8. Get lost in some street art
9. See Soviet remnants
10. Take a day trip to a nuclear exclusion zone
Read the how to visit Chernobyl guide here
Want to know all of the best eats and secret spots? Have a peak and follow Lost Wanders on Google maps here. Just click the link and pick a country to start exploring.
How to travel better for less
About Lost Wanders

Kiev is jam packed with intensely ornate Orthodox Churches. From any high viewpoint in Kiev you are sure to spot at least a few of these golden domed roofs shining on the skyline. From the impressive complex of Perchersk Lavra, with it’s huge gates and walled gardens, to the hidden St. Michael’s Vydubytsky Men’s Monastery (that can be glimpsed from the Hryshko Botanical gardens). Each Orthodox Church in Kiev has it’s own unique intricate designs.

2. Relax on the beach

Although Ukraine has no sea borders you can indeed find swathes of sunbathers on a beach right in the center of Kiev. It’s obviously not one of the best things to do in Kiev in January but in summer it comes alive. Visit the Hydropark which lies on a small island in the Dnieper river. Easily accessible by metro from Kiev city center. It features a large park, outdoor gym and even a miniature Kiev!

You thought Berlin and Budapest had the trendiest spots in Europe. The best places to eat in Kiev are cheap and irresistibly cool. Some of the best restaurants in Kiev include hidden entrances with secret passwords and even a fake butcher shop. If you are wondering where to eat in Kiev have a look at 5 of the best below. The best brunches and must try dishes in Kiev. And of course where to get the ultimate Chicken Kiev.

Check out the top 5 eats in Kiev here.

Many European cities have a great coffee culture nowadays. But Kiev takes this small beverage particularly seriously. Where can you get good coffee in Kiev? Everywhere! Not only are there the usual trendy cafes (with more words to describe a coffee than I care to go into) but there are also coffee huts just about everywhere. There are coffee themed converted vans and buses sitting on busy street corners. You can even grab a brew from an old converted tram. And just in case you still need a quick fix there are mobile coffee trailers. These caused quite a protest when the government tried to impose permits to restrict their numbers. In disagreement hundreds of Blue Snail coffee vendors filled the main square and got the law repealed. Like I say, they’re serious about coffee.

I think niche is the most relevant word I would use to describe Kiev. There are so many unusual things to do in Kiev. Some dam right ridiculous! Like the jellyfish museum situated in the main square of the city. A weird location you might think; at around 500km from the nearest ocean. There’s a museum of unusual things, a museum of water, a museum of state aviation. Really just name a random thing and Kiev has probably got a museum for it. It’s totally crazy and fantastic at the same time. It’s very easy to find odd things to do in Kiev.

6. Climb on the shoulders of a huge metal lady

This one is pretty much what it says on the tin. The Soviets built a huge metal monument to the Motherland sitting on an imposing hill. Classic Communist behaviour. Anyway the Ukrainians decided to keep it and it’s now surrounded by war museums and monuments to past battles. Climb up to the top of the Motherland Statue to get spectacular views of Kiev and the Dnieper River.

7. Visit a millionaires suburb occupied by the working class

Wondering what are the best things to do in Kiev today? Vozdvyzhenka Barrio was designed with the purpose of being a safe place for people with a fair bit of dosh to inhabit. Due to several unforeseen factors and shoddy building work it never quite made it to the standards of Beverly Hills and the like. Instead prices crashed and now this neighbourhood is a very pretty place to live for everyday people. It’s one of the more unusual things to do in Kiev as not everyone knows about this cool little suburb. A great way to get off the beaten path in Kiev.

8. Get lost in some street art

A good way to find out about the real life and vibe of a place is through the street art. Something Kiev has in the bucket loads. Artists from around the word have started to join in with the locals due to its chequered past and tensions with Russia. Join a street art tour or just wander around and you are bound to find something. It’s a really interesting and free thing to do in Kiev.

Ukraine has been controlled by a foreign power since the 1600’s. It was part of the Soviet Union from 1922-1991. You can still see a lot of the buildings from this time that have since been re-purposed. One example is the once communist building that is now the Ministry of Foreign Affairs of Ukraine in Mykhailivs’ka Square.

10. Take a day trip to a nuclear exclusion zone

You can’t really mention Kiev without talking about Chernobyl. It’s synonymous with the history and people of the Ukraine and something that has to be seen to be truly understood. It’s dark tourism at it’s finest. Full day tours can be spent exploring neighbouring towns and cities of the nuclear power plant. They are eerily empty, since the evacuation following the disaster in 1986. Allowing for some truly post apocalyptic scenes.

Book a tour in advance with Chernobyl zone tours.

Read the how to visit Chernobyl guide here 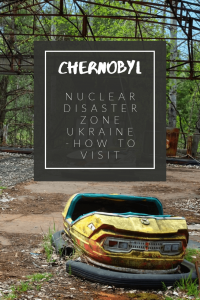 Want to know all of the best eats and secret spots? Have a peak and follow Lost Wanders on Google maps here. Just click the link and pick a country to start exploring.

Subscribe to Lost Wanders now to get YOUR freebies!

Want to know how to save money and travel for FREE? Click here now!

Some links in this post are to affiliate sites. If you purchase something through them, I may earn a small commission at no cost to you. I am very grateful when you use my links to make a purchase as it helps keep the blog running. Thanks for reading.

Always dreamed of a life in travel?

Sign up to the newsletter for tips and actual links for different careers in the travel industry.

All you have to do is take the first step!

Hey! Want to travel more and daydream less? You're in the right place! Lost Wanders is all about helping you to be a better traveller by saving you money while helping you to be more sustainable. I travel for a living and want to share the secrets of the industry with you! 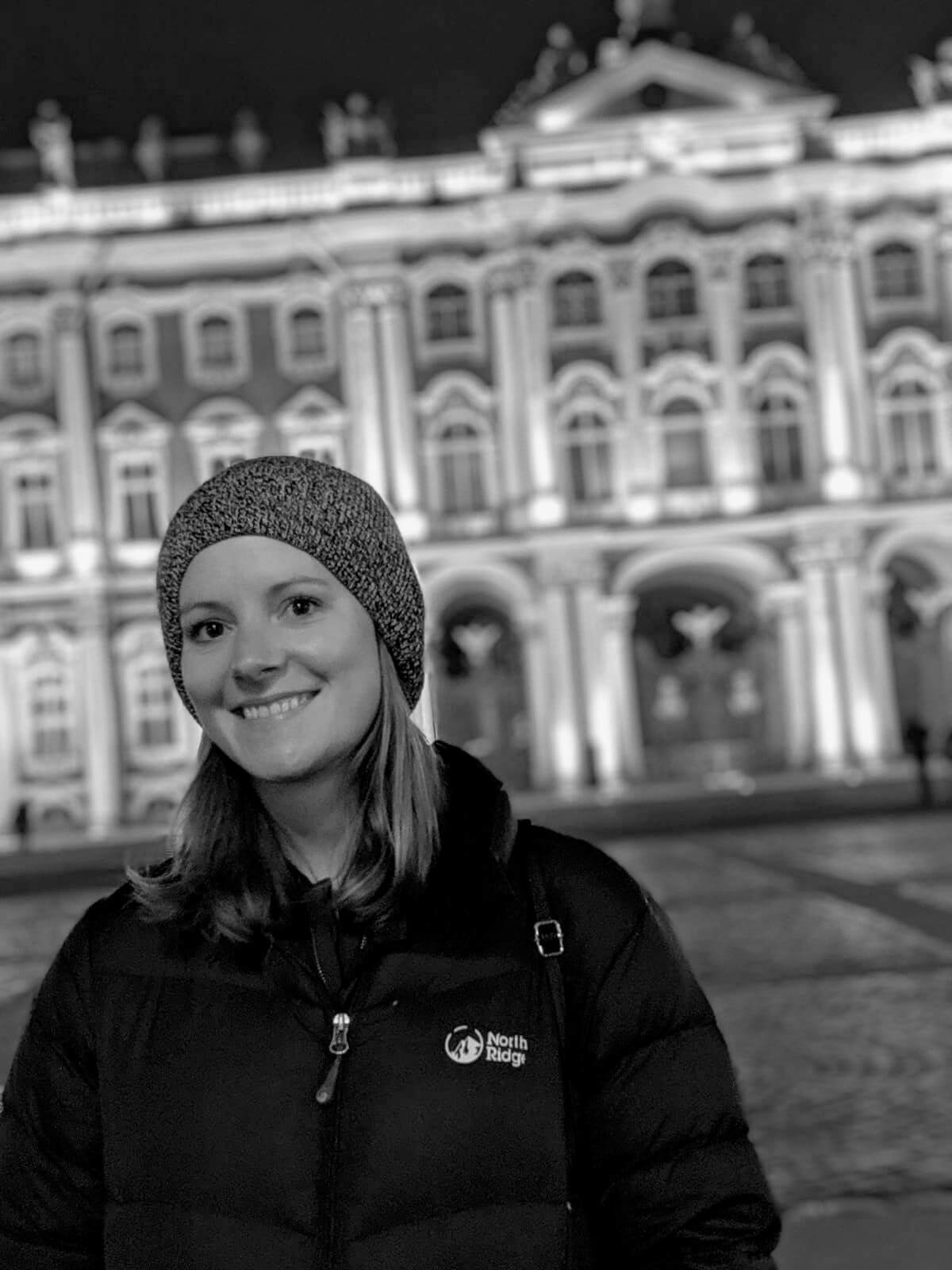