Training to Work in the Tourism Industry – Pt. 1

In March 2016 I’d left my stable office job in Procurement, sold most of my belongings and somehow managed to get a license to drive a bus. Mad maybe, but this was my ticket to go and live a lifestyle I had dreamed of; travelling for a living. The next few months would be the greatest challenge of my life but through grit, determination and a few tears I would realise my dream of travelling full time. Here’s my story of training, written at the time, to be a trip driver with Contiki; the highs, the lows and the “er I don’t know” ‘s.

Why leave a good job? – Click here for the beginning

I haven’t had much time lately to write on here, training to be a trip driver around Europe has been pretty full on. Long days and very short (read no sleep!) nights, but there are a great bunch of people around me and there have been countless great sights of Europe along the way.

It all started in Stellendam just outside Rotterdam in the Netherlands. Learning the basics and my first experience of driving a 13m coach in the relative safety of the Dutch roads. Before we knew it we were driving around Amsterdam dodging cyclists and trams from every direction. We soon left our driving trainers to go and pick up our trip managers, who would be spending the next couple months with us, from St Goar in Germany. We went straight in to reckies invading the small, half closed, sleepy town and the perplexed locals with our clipboards and questions.

Then it was through Luxembourg and off to Paris to brave the Arc De Triumph roundabout. Renowned for being one of the most dangerous places to drive in the word (so much so most companies won’t insure you inside it) it was a good test of our hard learnt driving skills. The rest of Paris proved just as challenging, motorbikes weaving in and out of traffic (and into the side of the coach), cars claiming every inch of road and pedestrians stepping out wherever they pleased. And this is western Europe, things were only going to get harder. But Paris proved to be a beautiful city to drive around, even after 10 times driving in a loop to practice the city tour.

Next up was the famous Contiki chateau in the Beaujolais wine region of France. Usually full of partying travellers and local wine a plenty, but for us more reckies, org meetings and a hike up a hill to check out the travellers picnic. We departed early for a long drive to Barcelona, noting the route the entire time. Another beautiful city to drive around, I got to practice my Spanish skills looking for ATMs, WIFI and everything else a traveller could possibly ask for. Spending an evening at a long established flamenco show with tapas to get a real taste for the city.

Back up to France we spent a couple of nights in the French Riviera, adding another cheeky country to the list with a couple of hours checking out Monaco and the Monte Carlo Casinos. With a quick stop in a perfumery we made our way out of France and in into Italy. By this point the 3-5 hours sleep a night are taking a toll, keeping awake on the coach is a daily battle, spurred on by the threat of reading out trip codes we push through.

Italy needs no introduction. Florence kicks off our visit to the country with a game of football and a laid on family dinner with our Italian suppliers. We reckie every corner of the city, from bridges to cathedrals, jewellery shops to barbers, the Ponte Vecchio to the Duomo. Making the most of the gelato shops and amazing Italian food along the way.

We head up to the next Italian gem, Venice. A city built on the water, we get to spend another day off the coach which is welcome relief after nearly two weeks on the road, even if we are running around the city like crazy people trying to gather every noggin of tourist information. We spend the afternoon experiencing a glass making tour and going on the famous Gondolas of Venice – taking notes of course. Our org meeting that night is interrupted by a teenagers disco, occasionally popping their heads in, shocked to see 35 people with their heads down working past midnight!

Heading back down the country we roll into the capital. Rome. Ancient ruin a plenty we kick off with a city tour to get our bearings. The next morning we join a local guide for a tour of the forum and the quickest ever look around the Colosseum, 10 minutes for an ancient wonder, must be a record! Squeezing in another ancient site in Pompeii, we meet a fantastic guide who turns us into overnight experts. A quick trip to Sorrento down some very questionable roads and the most inaccessible hotel possible, and we’re on our way to the ferry and the last leg of Italy.

Close to a day on the ferry and we finally arrive in Greece. Immediately we are greeted like old friends by our Greek suppliers, first day in we hit Corfu. Driving along the coastline checking out the campsite and main town we could almost be mistaken for tourists. Chatting to shopkeepers finding the best deals for our travellers, checking out Georges boat and the water sport options as well as trying out the local gyros kepabs. Back onto the mainland we scope out a stop in Preveza and head onto Athens.

Ancient wonder meets eastern living, Athens proves to be an interesting mix of culture, sights and not to mention smells. The back streets near the hotel are reminiscent of backstreet Asia and not a place I would like to find myself alone! After a few warnings about security we head on a locally guided tour to the Acropolis. Sitting on top of the city in the heart of the ancient Greek civilisation takes everyone’s breath away – although that might just have been the climb to the top!

We’ve driven from the modern skyscrapers of London, through Roman ruins, to the birthplace of western culture in Athens. Reckied every corner, noted down every route and avoided plenty of crazy motorbikes along the way. Onwards to Kavala and Canakkale and we have reached a marker point in our training, half way. Day 33 of 66.

…Continued – Click here for Training to Work in the Tourism Industry – Pt. 2 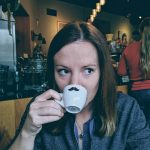 A Brit that got fed up of the 9 to 5 corporate life, I sold everything to become a full time wanderer. As a self confessed nature nerd I follow wildlife to some of the most unique places on earth. I share my experiences and nuggets of knowledge hoping to inspire others to get lost more and go wandering.